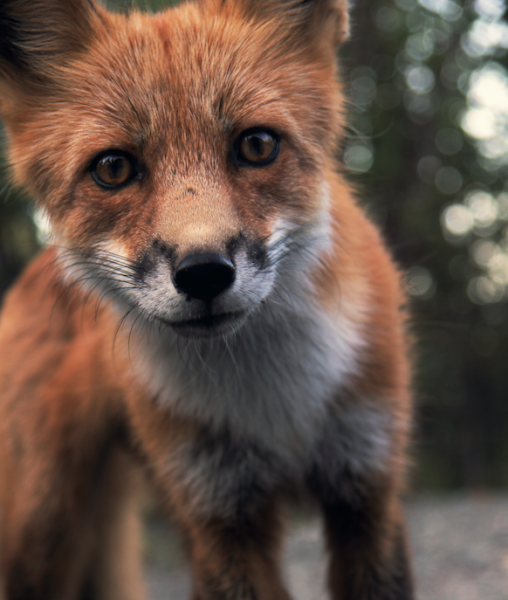 Other than during the breeding season, most red foxes take shelter in dense thickets or heavy brush even during the most extreme temperatures. When breeding, they dig a relatively simple burrow between .5 and 2.5 metres deep.

Foxes are omnivores, consuming a large variety of small mammals, birds, eggs, insects as well as fruits, grasses, sedges and tubers. They will take advantage of garbage or carrion if available. They are unlikely to attempt to take prey over 3.5 kg and are most actively hunting in the early morning and late evening.

Foxes are monogamous, pairing for life and raising young together. Typically, litters of three to seven pups are born from March through May. For their first month, the vixen cares for her pups while the male fox will hunt to provide food for the family. For up to two months after weaning, both parents hunt for the young. At about three months of age, the pups begin to disperse to establish their own territories.

Why do some people think poorly of foxes?

Long regarded as a ‘villain’ in children’s stories, foxes do not exhibit the cunning deceitful traits often attributed to them. They are typically shy, secretive and nervous by nature.

Foxes will prey on chickens if they are easily accessible. However, steps can be taken to prevent this type of loss, and the benefit they provide to farmers by eating vast numbers of rodents and insects that damage crops by far outweighs these losses.

How can I prevent/deter foxes from at my property?

Foxes are adaptable and opportunistic, so the main way to avoid conflict is to proactively take steps so that they are not attracted to your home in the first place:

If you are worried about the safety of your family and pets because of foxes in the area, there are several precautionary measures you can take:

Wish to thank everyone involved

I wish to thank everyone involved in the care and rescue of animals, especially volunteers.